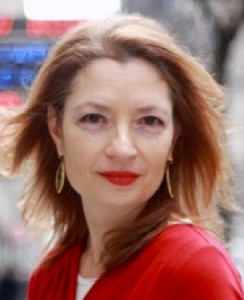 Sandra Lilley has been promoted to Managing Editor of NBC Latino effective today. She’ll continue to be based in New York and report to Chris Peña.

In her new role, Sandra will be responsible for the day-to-day editorial direction of NBCLatino.com.
Sandra, a member of the original NBCLatino team, has been the site’s Political Editor since 2011.  She previously worked 8 years as Planning Editor and Producer  for the NBC Network News Desk.  Before that, she was Dayside Managing Editor for MSNBC.
She began her career at Telemundo’s WNJU-47 as a general assignment reporter and substitute anchor and was later promoted to News Director at the station.