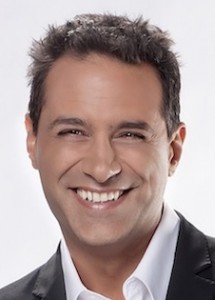 Telemundo morning show host Omar Germenos is no longer with “Un Nuevo Día.”  Earlier today, he sent out a few tweets to his fans, including one of him on the set with his co-hosts, not indicating anything was wrong.

A Telemundo network spokesperson confirmed his departure from the show after rumors he was fired after finishing today’s program circulated on Twitter.

When asked about Omar, Telemundo sent this brief statement:

“Telemundo confirms that Omar Germenos is no longer with “Un Nuevo Día.” We appreciate his work, dedication and professionalism as co-host of the network’s morning show. We wish him all the best in his future plans.”

Omar joined the show when it was revamped and relaunched in February 2011. He had previously acted in Telemundo’s novela “¿Dónde está Elisa?” He began his career as an actor in his native Mexico. In the U.S., he hosted Univision’s “El Gran BlaBlazo” from 2000-2001.