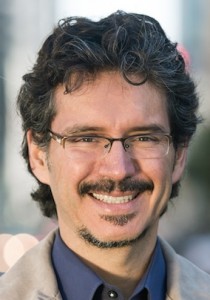 CBS Interactive is gearing up to launch a Spanish-language version of its tech news and reviews site CNET this fall.

To that effect, the company has hired Gabriel Sama as Managing Editor of CNET en Español, reporting to Lindsey Turrentine, global editor-in-chief of CNET reviews. Gabriel will be in charge of setting up and leading the new venture, which will live on CNET.com/es.

“The plan is to offer what CNET has been doing for 20 years for people who prefer to read in Spanish,” says Gabriel about the new site. “It’s going to be about consumer electronics.  We’re going to be reviewing every single device that we consider relevant to Hispanics in the U.S.  We’re going to transfer the experience and success of CNET to CNET en Español.”

Although he wouldn’t talk specifics about the new site, it’s expected the Español team will have about a dozen employees.  Gabriel will be in charge of hiring people “passionate about technology.”

“I’m mostly looking for diversity in abilities,” he says. “People who can produce and record video, use phones to report and are interested in covering the tech industry.”

Since 2006, Gabriel has been dedicated to international consulting, “helping media companies do newsroom integration.” He has been living in Silicon Valley for past 4 years, time during which he also spent a year as a Stanford Knight fellow.

“I’ve been covering the start up scene, so I’m very much in touch with what’s going on in this fascinating part of the world,” he says.

Before moving to the San Francisco Bay Area, he was Managing Editor of the Texas Rumbo Newspaper chain from 2004 to 2006. He began his journalism career in the U.S. as an editor for The Wall Street Journal Americas.