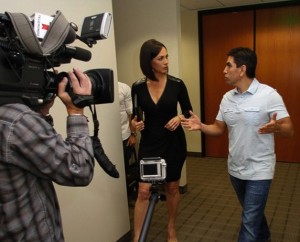 For the first time since his abrupt exit from Univision Radio, Eddie “Piolín” Sotelo will be speaking publicly about the sexual harassment accusations against him by former co-workers.  He gave his first interview to Telemundo.

Claims that “Piolín” abused and sexually harassed several former co-workers surfaced just days after he was taken off the air at Univision.

During the interview with to reporter Carmen Dominicci, he addresses the claims and talk about the extortion suit he filed against several former co-workers.