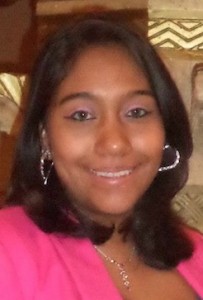 Carolina Cruz has accepted a job as an on-air multimedia journalist at WTVO/WQRF, the ABC/FOX duopoly in Rockford, Illinois. She starts October 29.

As part of her role in the new job, she’ll be helping develop the new initiative of Eyewitness News en Español.

For the past two years, Carolina has worked as a bilingual freelance reporter for La Raza newspaper in Chicago, covering education and politics.  She previously interned at the paper and at Telemundo Chicago.

In August 2013, she was elected President of the National Association of Hispanic Journalists Chicago Professional Chapter.