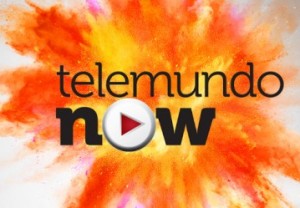 Telemundo Media today announced the launch of TV Everywhere, via the “Telemundo Now” app, available for download at the App Store and Google Play.

This new platform allows authenticated subscribers of participating cable, satellite and telco providers access to Telemundo episodes the day after air on iPhone, iPad, and Android smartphones and tablets.

Other app features include an on-air TV schedule and a WiFi only option to prevent data overages.

The “Telemundo Now” app will also allow viewers to watch full episodes of the network’s programs in HD on the web.

According to Nielsen, 68 percent of Hispanics in the U.S. own a smartphone and spend 11 percent more time watching mobile video than the general population.