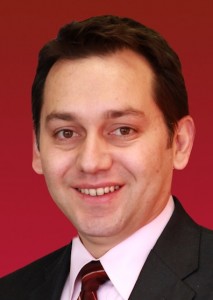 The promotion is effective January 6, 2014. Abel has been with KDEN-29 as an Account Manager since December of 2011. He previously worked a brief stint as an Account Executive for Entravision Communications at its Radio Division in Denver in 2011.

Before that, he spent a little over 4 years as an account executive with McGraw-Hill Broadcasting for its KMGH ABC and KZCO Azteca America Colorado Television stations.