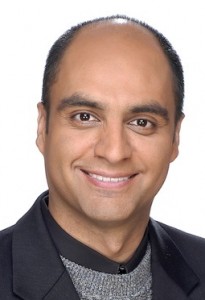 José Flores, news director of KXTX Telemundo 39 in Dallas, is moving up the management ranks.  He has been named General Manager of KTLM-39 Telemundo McAllen.

KTLM was just acquired by NBCU last week, increasing to 17 the number of  Telemundo owned and operated stations.

José has been Vice President of Content and News for the Telemundo Production Center and KXTX for the past seven years.

He was previously Assistant News Director at KWHY-22 (at the time a Telemundo-owned station, now owned by Meruelo Media) in Los Angeles as  from 2005-2007.

José started his broadcast journalism career in Houston, as a news producer for Univision’s KXLN-45 before moving on to Telemundo KTMD- 47, where he was News Director from 2001 to 2005.

KTLM serves the Rio Grande Valley of Brownsville-Harlingen and McAllen, Texas and reaches across the border into Mexico.  It’s the 10th largest Spanish-speaking television market in the country.