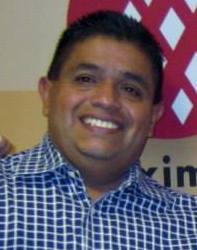 Ricardo Sánchez, better known as “El Mandril,” returns to the airwaves.  Sánchez, who has been off the air since Nov. 1, is moving his popular on-air show over to another Los Angeles station.

“El Show del Mandril” premieres this Monday, January 20, on 93.9 KXOS-FM. His morning show will air Monday through Friday from 5 to 10 am PST.

In a written statement, Francisco Aguirre, Chairman of the board & CEO of Grupo Radio Centro and Grupo Radio Mexico confirmed that “Grupo Radio Centro entered into a long-term employment and production agreement for the exclusive rights to the show and will expand distribution of the live, nationally-syndicated program.”

The show will start in 40 cities across the United States and soon expand to other US markets to Grupo Radio Mexico’s US/Mexico border network (from San Diego/Tijuana to Brownsville/Matamoros) and to other main markets in Mexico including Mexico City.

Although he was #1 in the ratings, he disappeared from KLAX-97.9 FM’s air.  In December, Sánchez’s manager Fernando Schiantarelli said that ”El Vacilón del Mandril” was pulled from the air as a pressure tactic while they negotiated his employment contract, which expired January 13, 2014.

“El Mandril” had been with SBS for 7 years.