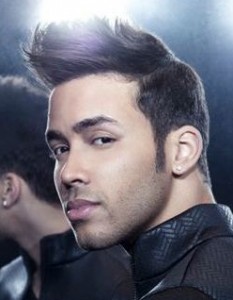 Telemundo announced Prince Royce will return as one of the coaches for the second season of the popular singing competition “La Voz Kids.”

Just 2 of the 3 original coach/judges are back for season 2 of the show.  Roberto Tapia also returns, but not Paulina Rubio, who on Monday, filed a breach of contract lawsuit against Telemundo.

Instead, the network signed singer Natalia Jimenez to become the female judge on the Sunday night reality show, set to premiere in the spring of 2014.

Prince Royce, whose self-titled debut album has been certified 3x Platinum in the US and Puerto Rico, has recorded hit songs with superstars Maná, Daddy Yankee, Selena Gomez and Thalia, and has toured the US with Enrique Iglesias and Pitbull.

“La Voz Kids” is a presentation of Talpa Media USA Inc. The show is created by John de Mol, who will executive-produce along with Stijn Bakkers and Katrina Fernandez.