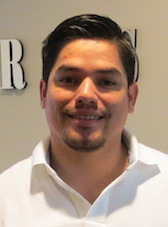 Raúl Jáurequi has been promoted to Affiliate Relations Manager for CBS Radio’s Texas State Networks (TSN), a satellite and online content distributor of news, sports and talk programming with over 100 affiliates in the Lone Star State. He started the new job on February 21.

“I feel very fortunate that I’ve had the opportunity to learn and grow so much over the past few years,” says Raúl. “This is an awesome next step for me professionally, and I am looking forward to making a positive impact in my new role.”

Raúl joined CBS Radio Dallas-Fort Worth in May 2010 as a promotions assistant.  The following year, he became an administrator/coordinator for TSN.

He began his career as a production assistant for Bright House Networks in Orlando.