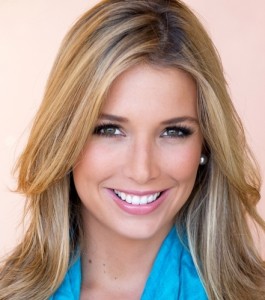 Alessandra was not on the air last week. In a statement, Telemundo confirmed this week that she’s no longer part of the show and wished her the best in her future endeavors.

In an interview with HuffPost Voces, Alessandra says she decided not to renew contract because “the network didn’t give her what she hoped for.”

She says she pondered over this decision for months, but that ultimately, she’s looking for a change and “more exposure,” something she wouldn’t be able to accomplish with her limited participation on the show.

She didn’t get a chance to say her good-byes on air, but on Monday, Alessandra took to Twitter and Facebook to tell her fans she was no longer on the show, express her gratitude to Telemundo for the opportunity to learn and grow, and thank her co-workers and the public. She said she would soon let her fans know about her next career move.