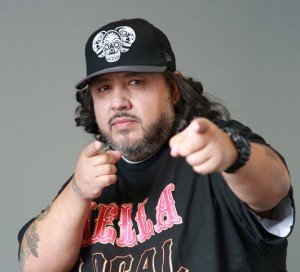 Univision Radio today re-launched one of its stations in San Francisco. KVVF-FM has been switched from Latin Mix 105. FM to a Hip Hop and R&B format as HOT 105.7/100.7.

As part of a media attention-grabbing stunt, the station looped Nelly’s “Hot in Herre” non-stop from Friday March 14th at 3 pm to this afternoon at 5 pm, when it officially turned on the switch to the new format.

As part of the launch, the station brought in Chuy Gomez as the new afternoon drive DJ weekdays from 3 to 7 pm, starting today.

Until August of last year, Chuy was an on-air personality for Clear Channel’s KMEL 106.1 FM in the Bay Area, where he had been a DJ for over 20 years.