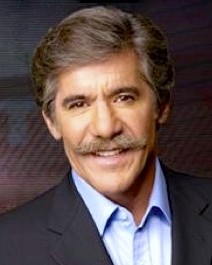 William Morris Endeavor, which sued Geraldo Rivera in September of 2013 saying the Fox News host owed them commissions of more than $1 million, has lost its lawsuit.

Geraldo filed a motion to dismiss the lawsuit in November.  New York judge Charles Ramos agreed with Geraldo and threw out the lawsuit. The judge ruled the talent agency had no right to collect on the alleged owed commissions because there was no written agreement that could be enforced.

WME sued Geraldo for 10% of his Fox News salary, which it originally negotiated. Geraldo stopped paying the talent agency in 2010 after his longtime agent, Jim Griffin, left WME. Geraldo insisted that his contract was with Griffin, not William Morris.

In his ruling made public on Thursday, the judge applied the “statute of frauds,” which requires that certain contracts be in writing and signed.

Geraldo was quick to celebrate his victory on Twitter:

Judge Ramos dealt a body blow to sleazy Hollywood talent agencies. WME attempted to strong arm me on a contract that expired 17 Years ago.