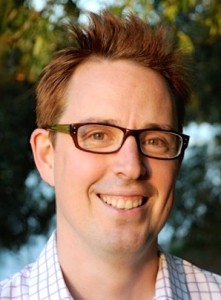 Financial journalist Felix Salmon quit Reuters for a job as Senior Editor at cable network Fusion. He starts next Monday, April 28 and will continue to be based out of New York.

“The reason why I am going to Fusion,” he told the New York Times, “is that they have the ability to help me communicate in the ways that people are going to consume information in the future. Which is not 1,500-word blocks of text.”

Salmon says he plans to leverage the network’s resources to produce “animations, videos, data visualization stuff, ways of using other platforms to convey information and tell stories” – to promote his work and the network.

In a blog post published on the site Medium.com he explained his exit from Reuters and what he envisions in his new web-based role:

But the core of what I do at Fusion will be post-text. Text has had an amazing run, online, not least because it’s easy and cheap to produce. When it comes to digital storytelling, however, the possibilities — at least if you have the kind of resources that Fusion has — are much, much greater. I want to do immersive digital stuff, I want to make animations, I want to use video, I want to experiment with new ways of communicating in a new medium. I can do all of that at Fusion.”