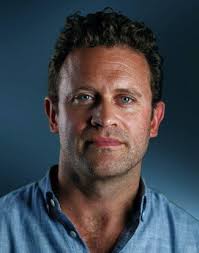 Fusion has named author and journalist Ryan Nerz as the first ever network Chief Cannabis Correspondent. He’ll contribute regularly to Fusion’s digital and TV platforms and will host a limited series of half-hour specials called “The Cannabusiness Report.”

Over the past several months, Ryan has been doing “Cannabusiness Report” segments on Fusion’s morning show, which now airs in primetime as “Fusion Live.”

Fusion’s move comes as the availability of legalized marihuana spreads in some parts of the country.

Ryan isn’t the first “pot reporter” on the marihuana beat. The Denver Post named Ricardo Baca its first ever marihuana editor in November of 2013.

Ricardo, who has been at the paper for 12 years, created The Cannabist, the Post’s website dedicated to marihuana culture a month later. Also covering the beat: Bob Young, from The Seattle Times.