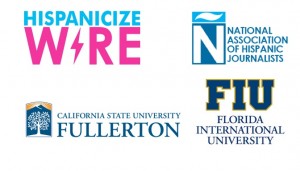 The results of a national online survey of Latino journalists first announced in January and conducted by the National Association of Hispanic Journalists (NAHJ), California State University Fullerton (CSUF), and Florida International University (FIU) was released on Tuesday during the Hispanicize conference.

Some of the key findings gleaned from the 294 Latino journalists living in the United States that participated in the study:

* Survey respondents were guardedly optimistic, with optimism driven by advances in technology.

* Overall there was an even balance of perceptions about the climate for Latino journalists with 34% indicating they were still less optimistic, 34% saw no change in the past few years, and 32% seeing more opportunity.

* 53% believed the economic problems in the media industry impacted everybody equally regardless of ethnicity, while 39% indicated a greater negative impact on Hispanics.

* 59% indicated that the growth in online and social media was having a positive impact on their careers.

* 58% indicated their organizations were ready to adapt technologically and to grow despite the challenges presented by online and social media.

* Entrepreneurism and the entrepreneurial spirit were reflected in the results:  41% of respondents indicated they currently blogged.

*  42% rated their blog as either successful or very successful.
* 54% reported that if online and social media proved economically viable they would be likely to start their own digital content platform in the next year.

You can read more findings in the summary of the report.