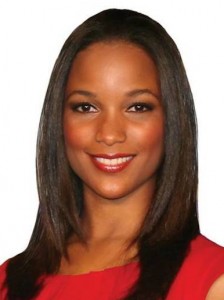 Morning meteorologist Denise Isaac has signed a new agreement that keeps her at Telemundo 51 in Miami for another 2 years.

In addition to her role at WSCV-51, she will also continue as the morning meteorologist for Telemundo’s national morning show “Un Nuevo Día”.

Denise has been with the Telemundo station since November of 2010.

She previously worked for WeatherNation in Excelsior, Minnesota from 2009 to 2010. She started her on-air career at WZDC, the ZGS-owned Telemundo station in Washington, D.C., where she worked from 2007 to 2009.