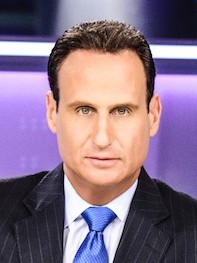 Starting next month, he’ll join MSNBC as its 10 am anchor. He takes over the spot that will be left vacant when Chris Jansing moves to Washington as NBC News Sr. White House Correspondent.

José will do the show live from Miami, because he will continue to co-anchor Telemundo’s “Noticiero Telemundo” and host public affairs show “Enfoque con José Díaz-Balart.”

José has been Telemundo network’s news anchor since December of 2009, when he replaced Pedro Sevcec, who helmed the show for almost 10 years.

During the past 3 years, José has subbed for other MSNBC anchors. He stepped in for Contessa Brewer for a week in June 2011.  A year later, he guest hosted for Tamron Hall on MSNBC’s “NewsNation.”

His 10 am MSNBC anchor role is permanent.