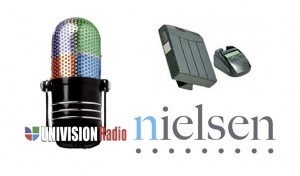 An unidentified programming executive from Univision Radio’s KSCA 101.9 FM has been fired after measurement company Nielsen discovered portable people meter (PPM) manipulation dating as far back as a year, compromising the accuracy of the ratings in the Los Angeles market.

According to the Los Angeles Times, Nielsen found that a Univision Radio executive had been cheating the system by having access to the PPMs. The executive had misrepresented himself to become part of Nielsen’s sample audience and reported heavily listening to KSCA.

Last week, Nielsen began investigating discrepancies in its L.A. radio ratings, acknowledging that two months of ratings data might be wrong due to “undisclosed problems with members of the firm’s sample audience.”

At the time, Univision denied that any of its employees might be involved in the ratings manipulation scandal. But today, Univision announced it fired the KSCA-FM programming executive, who apparently had access to several Nielsen PPM devices.

“Univision is fully committed to quality data. Nielsen recently reached out to inform us that a media affiliated household had been identified in Los Angeles, and that it was connected to a Univision Radio employee from the KSCA station. This household was separate from and unrelated to the prior problem that Nielsen had identified in connection with the Los Angeles ratings. We commenced an investigation and took immediate action by terminating the employee based on our findings. We are cooperating fully with Nielsen and the MRC to ensure the industry has quality data. A radio station employee being related to a Nielsen participant seriously undermines the industry and is unacceptable. We will continue to cooperate fully and ensure the efficacy of our internal training and compliance programs, which will be ongoing across all Univision stations.”

Nielsen today said it is recalculating its Los Angeles radio rating data to exclude the KSCA radio employee’s preferences. It will also evaluate how many months of ratings data will need to be scrutinized and possibly revised.

The LAT reports radio executives had expressed surprise with the April ratings because the KSCA leapfrogged over four other stations to become the top-rated station in the key morning drive-time hours.

Nielsen says it plans to do an “impact analysis” to determine the extent of the ratings data breaches.