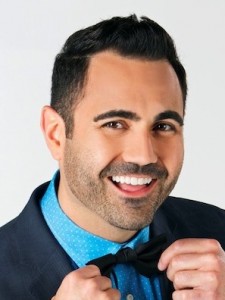 Univision Radio personality Enrique Santos will be expanding into the TV realm. Univision announced it has signed a multi-year contract with Enrique to host a new television show for the UniMás network.

Univision has teamed up with Venevision to produce the show.

At this time, Univision and Venevision aren’t providing further details on the name, genre, timeslot or when the show will launch.