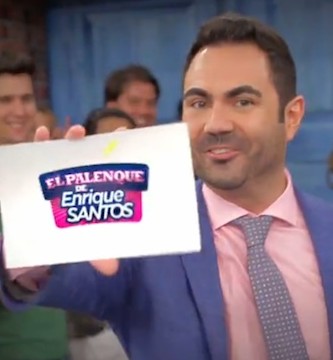 Two weeks after Univision first announced that radio personality Enrique Santos would have his own television show, the network revealed today the name, genre and air date.

“El Palenque de Enrique Santos” will be a weekday afternoon talk show that will premiere on Unimás on Monday, August 11 at 5 pm.

The 1-hour program, produced by Venevision Productions, is set in a Mexican “palenque” or arena and will feature a studio audience.

Univision Radio signed a multi-year contract with Enrique to host the new TV show for the UniMás network.

Enrique currently hosts the “Enrique Santos Show,” which airs live Monday through Friday from 6 to 10 am on Univision Radio’s Miami affiliate and simulcast in several cities across the country and via the UforiaMusica App.