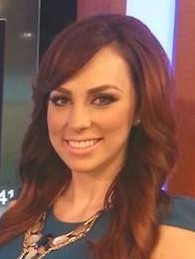 Prissila Sánchez has joined KWEX 41, the Univision O&O in San Antonio as a weather anchor/videojournalist. In addition to doing the weather, she’ll be reporting entertainment and lifestyle stories for for the 5 and 10 pm weekday newscasts.

Prissila started her journalism career in Monterrey, Mexico, where she worked as a weather anchor for TV Azteca’s morning newscast “Info7” for 4 years. She was also an entertainment reporter for the station.

In 2013, she participated in Univision’s beauty pageant reality show “Nuestra Belleza Latina,” with the hopes of landing a job with the network.

Her first day on the air was yesterday, July 28.