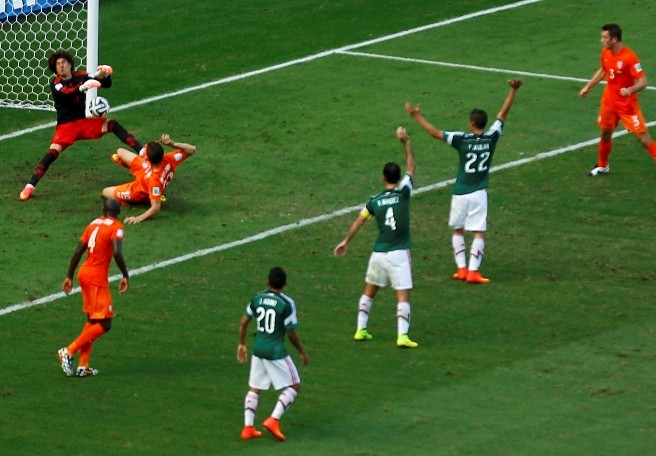 More than 10 million people tuned in to Univision to watch the Mexico vs. Netherlands World Cup match on Sunday, June 29, making it the most-viewed telecast in U.S. Spanish-language television history.

Even though Mexico lost and won’t move forward in the competition, Univision is reaping the benefits of huge audiences during World Cup action, which has three other Latin American countries – Argentina, Costa Rica and Colombia – advancing to quarter finals.

The Mexico-Netherlands game drew 10.4 million total viewers and 5.8 million adults 18-49, making it the most-viewed World Cup match ever on Univision.

The previous record was set by the Mexico-Argentina game on June 27, 2010, during that year’s World Cup. That game attracted  9.4 million total viewers and 5.6 million adults 18-49.

While Univision beat ESPN, the Disney-owned sports network did pretty well, attracting 6.6 million total viewers and 3.5 million adults 18-49. According to ESPN, it was the most-watched soccer game for an English-language station in the United States that didn’t involve the U.S. team.
Source: The Nielsen Company, NPM, Fast Nationals, L+SD data. Fast cume with 1 minute qualifier.