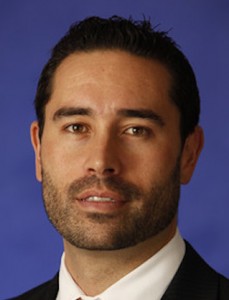 He’ll be based in New York City and report to Tom Maney, EVP of Advertising Sales.

Since joining FHM in 2005, he has risen through the ranks of the company, originally joining the team as an Account Executive. In 2011, he was promoted from Regional Manager of Sales for Fox Deportes to Vice President of FHM.

According to a company release, the move is “representative of his growing role within the expanding group, and the overall success of the sales department.”

Before joining FHM Juan Vallejo worked as a Supervisor at Relay Sports Marketing, a division of the Publicis Groupe.