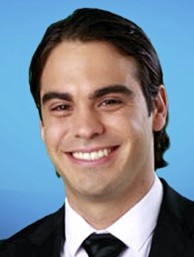 Frederik Oldenburg has joined “Noticiero Telemundo Las Vegas” as sports anchor for the 6 and 11 pm newscasts. His first day on the air was Monday, August 11.

Frederik comes to KBLR, the Telemundo O&O in Las Vegas from Venezuela, where he was host and reporter for “Anótala,” a sports debate-style news program for Canal Plus Entertainment since 2009.

He has also worked as a sports opinion writer for Suite 23 Magazine. He was previously morning and daytime producer for Canal I TV in Caracas from 2007 to 2008.