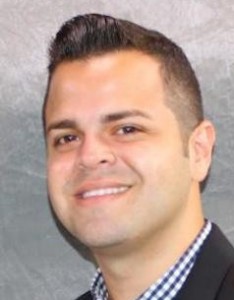 In his new role as Network Manager, Jairala will oversee the day-to-day operations and manage the production segments for all the music networks. His duties include interviewing top artists and performers, as well as covering major live events and award shows, such as the Latin Grammys.

The promotion comes 2 years after Jairala became full-time Assistant Manager for Olympusat’s music networks. He joined the company in 2011 as a consultant to help build the Ultra Fiesta channel.

He previously worked as a morning show host for Hola TV and as a studio camera operator NBC News Channel 5 in West Palm Beach.