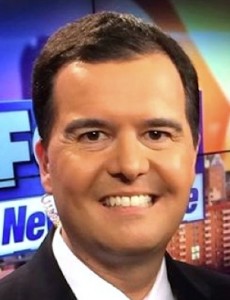 Weekend anchor Ted Garcia is leaving KABB Fox-29 after a 4-year stay at the station. His last day on the air will be this Saturday, August 16.

Ted will be moving to San Diego to do talk radio, although he wouldn’t reveal where…just yet.

“All I can say officially right now is I’ll be hosting and co-anchoring a radio show in San Diego,” he told Media Moves. “San Antonio is like a second home, but Southern California is where I was born and raised!”

During his broadcast career Ted worked in San Antonio twice. He worked 3 years as morning anchor at KSAT from 1993 to 1996 and returned to San Antonio in 2010 to join KABB.

In between his San Antonio gigs, he worked from 1996 to 1998 as a morning anchor for KFMB in San Diego and then spent 10 years as a general assignment reporter at KTLA-5 in Los Angeles.