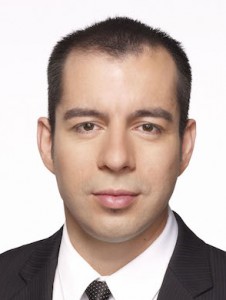 José Manuel Rodríguez has left his post as CNN en Español’s correspondent and Head of News Production for the Southern Cone, based in Buenos Aires. He’s now Senior Correspondent for CNNE, based out of the network’s bureau in Miami.

The move was made effective October 1, although CNNE announced it a day later.

José has been with CNNE since 2011. During the past 3 years, he has been in charge of the production of several special series for the network and has led the coverage of the presidential elections in Argentina.

Before joining CNNE, he worked as an associate producer for Telemundo network and a reporter for SBS’ Mega News.