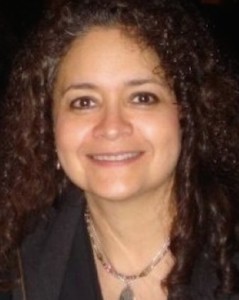 After a 17-month stint as Digital News Editor for mysanantonio.com, Elizabeth Zavala has moved back to the print side of the San Antonio Express-News.

Liz is now an editor/reporter. She’s the night city editor on Sundays and a reporter on the crime team Monday through Thursday.

“Digital was fun, but I am a print journalist through and through,” she says. “I am overjoyed to join the print side again and write for my hometown newspaper. I grew up reading the San Antonio Express-News, and to be a reporter and editor for this newspaper is a dream come true.”

Liz joined the Express-News in May 2013 as Digital News Editor, returning to her hometown after 32 years of working in journalism in North Texas.

Prior to her return to San Antonio, she worked as Senior Editor, law enforcement/public safety for Multiview, based out of Dallas.

Earlier in her career, she worked for the McKinney Courier-Gazette and the Denton Record-Chronicle.