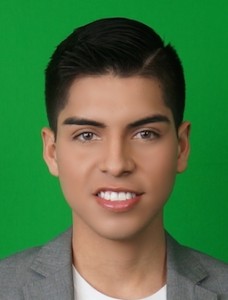 Gabriel Torres is leaving KVDA 60, where he is reporter, segment host, writer and editor. His last day at the Telemundo station in San Antonio is October 22nd.

He’s starting a new job as a reporter at KTDO Telemundo El Paso on November 3.

Gabriel is proud to say he started his journalism career when he was just 15, as a writer for “Líder Informativo,” a paper in Laredo. He went on to host his own radio show “Espacio Recargado” on 1300 AM Christian Radio and was later a weather anchor on Vision 105.5 FM.

He got his start in TV in 2011 – when he was just 19 – as a segment host and production assistant for Univision/Fox News Laredo. He stayed there until May of this year, when he moved to Telemundo San Antonio .