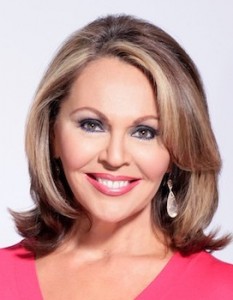 Univision anchor María Elena Salinas is receiving another recognition for her lengthy career in news.

The Radio & Television News Assn. of Southern California will be honoring her with the “Broadcast Legend” award.

María Elena has been co-anchor of Univision’s network news since 1987. She is also an author and syndicated columnist.

She’ll be honored during the 65th Annual Golden Mike Awards ceremony to be held in Los Angeles on January 24, 2015.