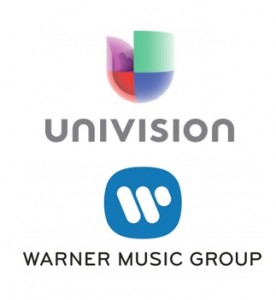 Univision Network and Warner Music announced they’re collaborating to give a recording deal to the winner of the TV network’s reality show “Va Por Ti.”

Univision launched “Va Por Ti” on September 7th and airs on Sundays at 8 p.m. ET/PT. It reached 5.8 million viewers on its premiere night. The winner of the competition will be announced December 7th during the show’s finale.

“Va Por Ti” is a Televisa and Univision co-production.

The winner of “Va Por Ti” will join a roster of Warner artists that includes, among others, Coldplay, David Guetta, Bruno Mars, Laura Pausini, Luis Miguel and Maná.