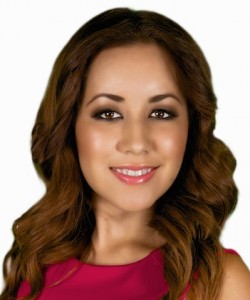 Yulieth Botello has gotten her first break as on-air reporter. Telemundo 40/KTLM today announced she has been promoted to video journalist for “Noticias Telemundo 40” weekdays at 5 and 10 pm.

Yulieth started working at Telemundo 40 as a production assistant and assistant assignment desk editor in May of this year.

Her first day on air was Tuesday, October 21.

NBCU acquired the Telemundo affiliate in January of this year, making KTLM the 17th Spanish-language station in the Telemundo Station Group.