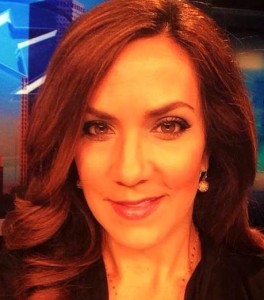 Today was Courtney’s last day as weekend morning anchor at KPRC, the NBC affiliate in Houston. She has been an anchor/reporter with the station for almost 12 years.

Her contract was up for renewal, but despite the station’s offer to extend her stay, she decided to to leave to spend time with her husband and two small sons.

“It’s time for me to bow out gracefully and go out the way I want to go out instead of them telling me it’s time to leave,” she told Texas media blogger Mike McGuff. “I feel like I missed so much of my family life, that I’m just ready to be present.”

Courtney, who anchored Saturday and Sunday morning newscasts from 6 to 8 am, has been waking up at 2 am five days a week for the past 9 years, but the hours were apparently taking a toll on her family.

Before KPRC, Courtney spent 5 years at KSTU Fox 13 in Salt Lake City as a fill-in anchor/reporter. She previously worked at KMID in Midland, Texas, where she started her broadcast career as a general assignment editor in 1996 and worked her way up to weekend anchor.