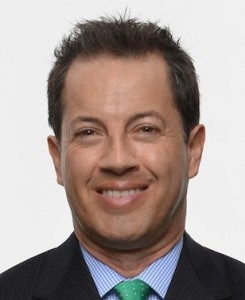 Mauricio Cárdenas has resigned as soccer and boxing commentator for Fox Deportes. Today was his last official day with the network.

Mauricio says he decided to leave Fox Deportes, where he worked for the past 6 years, due to personal reasons and to focus on his own business ventures.

He is a representative and producer for Colombian networks RCN TV and NTN24.

“If a good opportunity to do sports journalism should present itself, I’ll take it into consideration,” Mauricio tells Media Moves. “My resignation doesn’t mean I’m retiring from sports media.”

Prior to joining Fox Deportes, he spent 15 years as a sports anchor at Telemundo 52 in Los Angeles. He previously worked as a reporter and sports anchor at Univision’s KMEX-34, where he began his broadcast career.