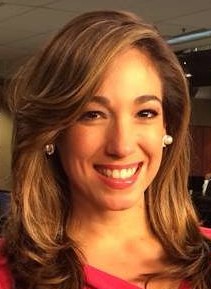 Arlena Amaro has left WLTV-23, the Univision O&O in Miami, where she has worked as a reporter since 2010. Her last day on the air was December 29.

In a Facebook post, she broke the news to her followers, saying she couldn’t yet reveal where she was going next.

But inside sources have confirmed she has accepted an anchor job with Telemundo’s KVDA-60 in San Antonio.

Prior to Univision, Arlena worked as a reporter WGEN-TV channel 8 and CV Network in Miami. She began her reporting career at América TeVé’s WJAN-41.

In October of last year, Telemundo announced it had hired Karina Yapor as an anchor for the station, but she never made it to San Antonio. Instead, she took a job with Univision Dallas.