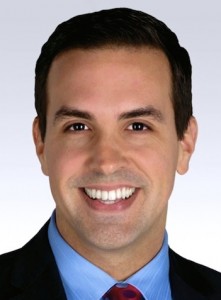 Gene Ramírez has been hired as morning anchor for WFLA. He starts the new job bright and early next Monday, January 26th.

He’ll be anchoring “News Channel 8 Today” from 4:30 to 7 am with co-anchor Gayle Guyardo.

He arrives to the Tampa station from Miami’s WSVN, where he has been a general assignment reporter for the past three years.

“I made it just in time for Gasparilla (Tampa Pirate Festival), so that’s something I’m definitely looking forward to,” Gene tells Media Moves. “After so many years in Miami, it will also be great to learn more about the Cuban community here. From local traditions to cultures, I love to learn – that’s why I’m a journalist.”

Before WSVN, Gene was a guest contributor for HLN Showbiz Tonight, CNN Newsroom, CNN en Español and Univision Radio. He also worked as a reporter and host of “The Morning Show” on WSFL in Miami and was an anchor/reporter for Central Florida News 13 in Orlando.