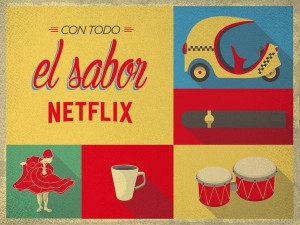 Netflix today announced the launch of its video streaming subscription service in Cuba.

People in Cuba with access to high-speed Internet and international credit cards will be able to sign up for $7.99 a month and watch a “curated selection” of popular movies and TV shows.

Subscribers will be able to see Netflix series like series “House of Cards,” “Orange is the New Black” and “Marco Polo,” as well as other licensed programs, documentaries and films.

But not many people will be able to enjoy the service, since according to the World Bank, only 5% of the Cuban population have access to fixed broadband.

The Netflix content library in Cuba won’t be offering any of that country’s movies… at least not yet.

“We are delighted to finally be able to offer Netflix to the people of Cuba, connecting them with stories they will love from all over the world,” Netflix co-founder and CEO Reed Hastings said in a statement. “Cuba has great filmmakers and a robust arts culture and one day we hope to be able to bring their work to our global audience of over 57 million members.”

By starting service in Cuba, Netflix is now one of the first U.S. companies to operate in the island after President Barack Obama announced plans to restore diplomatic ties.

Due to the embargo restrictions in place over the past 50 years, U.S. credit card companies weren’t allowed to operate in Cuba. But that will be changing soon.

According to Bloomberg, MasterCard Inc. said in January it will lift a block on U.S. bank-card transactions in Cuba beginning March 1 and American Express Co. is making preparations for its cards to be accepted on the island.