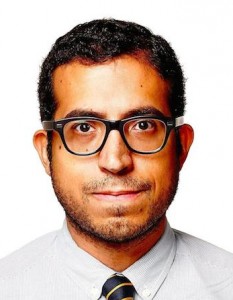 Gilbert Cruz starts a new job today as the New York Times’ Television Editor. He joins the paper from New York Magazine, where he was Editorial Director of online entertainment site Vulture.

He joined New York Mag as Senior Editor of Vulture.com in 2012 and was promoted to Deputy Editor in 2013, before taking on the Editorial Director role.

He previously worked for Time magazine, starting out as a staff writer before getting promoted to Senior Editor in 2010. During his time there, he launched and edited Time.com’s entertainment vertical and developed Populist, an ASME-winning iPad app.

Before joining Time, Cruz worked 3 years as an editorial assistant for Entertainment Weekly.