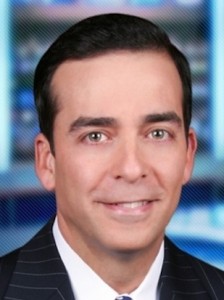 After almost 22 years with Telemundo 51 in Miami, Ambrosio Hernández has resigned as primetime anchor.

Inside sources have confirmed that the Emmy-award winning anchor is jumping ship to the competition and has accepted a job offer with Univision 23.

Ambrosio had been on vacation and off the air since March 2.

His attorney notified Telemundo 51 management on Friday that Ambrosio would not be renewing his contract.

Staffers were told of the longtime anchor’s departure at a special meeting at 7 pm.

His co-anchor Daisy Ballmajó and fill-in anchor Fausto Malavé bid him farewell at the end of the 11 pm newscast.

According to inside sources, Ambrosio’s contract included a clause which gave Telemundo 51 rights of first refusal and to make counter offers. This clause gave Telemundo management access to details of Univision’s employment and financial compensation agreement.

Ambrosio will be off the air for several months, but is scheduled to start at Univision in the Fall.

Details of his new role and duties at Univision are unconfirmed at this time.

There’s no word yet on who will permanently replace Ambrosio on the anchor chair at Telemundo 51.