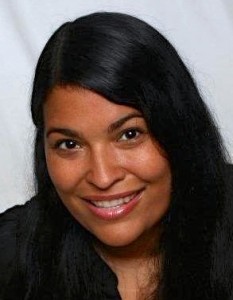 Charo Henríquez has made a move to New York City to take a job as Executive Editor of peopleenespanol.com. She reports to Editor-in-Chief Armando Correa.

As the top digital editor for the Spanish-language magazine, Charo is responsible for overseeing the creation and distribution of content for audiences in the U.S. and Latin America, including video and social media.

“It is a great group of professionals and I am honored to be able to direct the digital initiatives of such a strong brand. It’s always exciting to start new challenges, and this opportunity presented itself as I was relocating to New York with my family so this is definitely a time for many new things for me.”

Charo was previously Innovation Editor for Puerto Rico’s at GFR Media, where she was responsible for digital strategy for the newly merged El Nuevo Día and Primera Hora, Puerto Rico’s most visited news sites and largest paid circulation newspapers.

She began her journalism career in 1996 as a business reporter for El Nuevo Día in San Juan, Puerto Rico. During her tenure there, she held multiple roles, including Senior Producer, Multimedia Editor, Digital Program Manager and Associate Business Director.