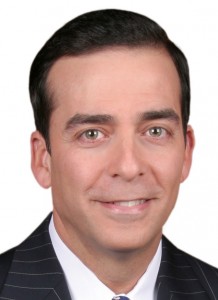 Longtime WSCV Telemundo 51 anchor Ambrosio Hernández, who resigned from the Miami station on Friday, is now officially an employee of competitor WLTV Univision 23.

In  a press release sent moments ago, Univision announced his appointment as chief anchor in an expanded role that includes Local TV, Radio and Digital.

Due to a non-compete clause in his contract, the eight-time Emmy and Silver Circle award winner, who had been on vacation and off the air since March 2, will be seen again on channel 23 in the fall.

Telemundo 51 was unable to reach an agreement to renew his contract, which expired March 1.

According to inside sources, Ambrosio was making $500,000 a year and Univision 23 outbid Telemundo 51 in an effort to have him switch networks.

Ambrosio was channel 51’s first anchor when the station launched a newscast in 1986, prior to becoming a Telemundo station a year later.

His new job marks a return to Univision, where he spent six years from 1987 to 1993 as co-anchor of “5 y 30 en Punto” on Univision 23 and then went on to be co-anchor of Univision Network’s “Noticias y Más” and “Al Mediodía.”

Since 1993, Ambrosio has been the weekday 6 and 11 pm anchor – first with Leticia Callava, then with María Montoya and until recently, with Daisy Ballmajó.

He started his career in Chicago as a radio anchor for Radio Latina AM and then Radio Ambiente FM in Chicago. He moved to Miami in 1984 and worked for Union Radio and SuperQ FM, part of WQBA.