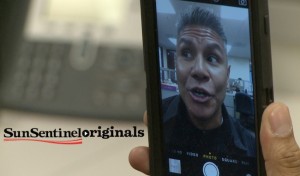 Called Sun Sentinel Originals, the newspaper’s photo and video producers will be creating content for the new venture.

Opinion writer Daniel Vásquez, a columnist at the paper since 2006, got his own video show “Dan Won’t Shut up!” He’ll be sharing his opinions about the issues of the day.

According to the Sentinel, the series of video shows will take a “fresh approach to the daily journalism produced by the newsroom.”

Arguing that video consumption is growing aggressively online and via social media, the paper wants to leverage its content online by showcasing “interviews, opinions and sharp analysis in ways that inform — and entertain.”

In addition to living in its own channel, the new series will also appear on Hulu, YouTube and other sites in the future.