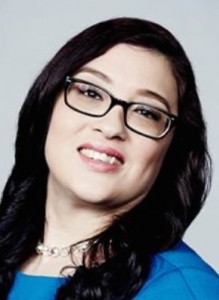 Anna González has left CNN in Atlanta, where she spent the last 4 years, to become Director of Social Media for CNBC. She is now based in the New York City metro area and reports to Kevin Krim, SVP and GM of CNBC Digital.

Her first day at CNBC was Monday, March 30.

Anna’s last day as CNN’s Social Media Manager was Friday, March 13. She was previously a Multiplatform and Social Media Producer for HLN. She started at CNN as a National Assignment Editor in October of 2010.

She started her career in digital media as a Web Producer for KTVT, the CBS O&O in Dallas in 2005, and moved to TWC’s News 8 Austin (now Time Warner Cable News Austin) in 2009.