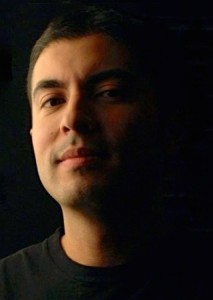 After a two-year battle with cancer, photojournalist Rick Ramírez passed away on Tuesday night. He was 40.*

Rick was diagnosed with colon cancer in 2013. According to his friend and colleague Mekahlo Medina, he seemed to be improving after treatment, but suffered a relapse last month.

“Rick was such a selfless person,” says Mekahlo, who worked with him at KPNX. “He cared so deeply about everyone else even until the end, when he told his parents to take care of his brothers and friends.”

Rick worked as a videographer for KNXV ABC15 in Phoenix for the past 9 years. Before that, he worked at KPNX from 2001-2005.

Throughout the years, Rick mentored several NAHJ students, and according to Mekahlo, “continued that mentorship throughout their careers.”

Rick was also a DJ who loved to spin house music when he wasn’t working his camera.

For those interested in attending, on Thursday April 9, there will be a showing from 5 to 8 pm at a Chapel inside the Heritage Arrowhead Funeral Home Center located at 21000 N 75th Ave in Glendale, AZ.

The service will take place the next day at 9 am at the Community of Joy Church, next to the funeral home.

* An earlier version of the story incorrectly stated Rick was 39.