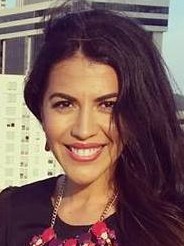 Astrid Martínez is no longer with Charlotte CBS affiliate WBTV-3, where she had been a reporter since July of 2012. The station’s news director would not comment on her abrupt departure, stating it was a personnel matter.

According to the Charlotte Observer, earlier this month, Astrid covered a story about a teen who shot a policeman and her report included a shot of the youth’s Facebook page that showed anti-police posts and an expletive that “slipped through” and made it on the air.

Astrid, who has been posting vacation photos in Bali, hasn’t made any mention of her departure in her social media pages.

Prior to WBTV, the former Miss Colombia USA 2000 was the anchor for KGBT’s 5 pm newscast and 8 pm Spanish-language newscast “Noticias de la Frontera” in south Texas.