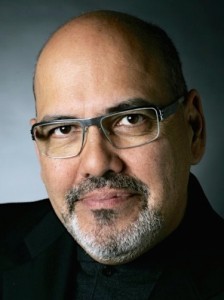 Mark Hinojosa, Director of Interactive Media for The Detroit News, has been laid off. He had  overseen online and multimedia content for the paper since 2008.

This is Mark’s second consecutive lay off. He previously spent 17 years at the Chicago Tribune in multiple positions, ending with his role as Assistant Managing Editor for Multimedia in 2008.

Mark sent the following farewell message to the newsroom on May 4, announcing his departure:

To my friends at The News:

There is one constant in life; things go on. I know you all will continue to tell Detroit’s story through an unblinking, yet compassionate, eye. You will find the beauty in its revival, but not be blinded by the radiance of the new. You will continue to fight for the entire city, rich and poor alike. Unfortunately, I will not be there to add my small contribution to your efforts, and that is a great sadness for me.

I joined The News six years and seven months ago. I came as a refugee and was received as a friend by so many. You did me many kindnesses, too many to list here, but all of them are remembered and cherished.

Once, after one particularly difficult week, my children asked me why I stayed in newspapers. I flippantly answered, “If I don’t do it, who will?” But isn’t that the truth of it? If we don’t do it, who will? Who else will stand for the readers? Who else will stand against wrongs and corruption in this city? I know it sounds corny, but I believe what we do matters in the lives of our readers.

Somewhere in the city, someone is putting a dollar on a counter and walking way with what should be our best efforts. They don’t care how hard it was to get the story, how crappy our software is or how mean your editor was to you. They choose us because they trust us to tell them what is important. It is a trust that has been built for nearly 100 years. That is why I did this job.

These last six years and seven months were not always easy or fun, but they where always good. They were good because I spent them you, the staff of The Detroit News.