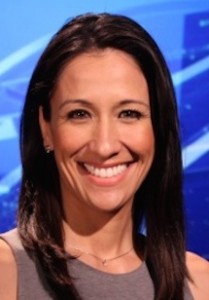 Her first day on the air at the NBC affiliate in Houston was March 26.

Sofía was previously an anchor/reporter at ABC affiliate WNEP-16 in Scranton. During her 5 years at the Pennsylvania station, she worked her way up from reporter to prime time anchor.

Before that, she spent 4 years in New York as an anchor/reporter at NBC affiliate WETM-18 in Elmira and ABC affiliate WIVT-34 in Binghampton. She also worked as a freelance reporter for News 12 the Bronx.

A native of Lima, Peru, she moved to the U.S. as a child and grew up in New Jersey.