Retired WFAA-TV anchor Gloria Campos will now have a new preschool in Dallas named after her.

The Dallas Can Academies announced it will name its new Child Development Center at the Grant East campus in her honor.

“This honor is especially meaningful to me as I feel like I have dedicated most of my adult life advocating, encouraging and raising money so that others can realize their goals and dreams,” Gloria tells Media Moves.

“With education anything is possible. It’s the great equalizer and the key out of poverty. I am humbled, honored and still in shock that in September there will be a Gloria Campos Wee Can Academy!”

The ribbon cutting and dedication ceremony for the Gloria Campos Wee Can Academy is set for September 15, 2015.

“When I look back at my career, I can’t believe it all happened to me. My high profile career gave me an opportunity to advocate for causes that are important to me. Education has always been number one to me. I certainly could not have enjoyed a successful career without it and I want all children to have that opportunity, especially Latinos.” 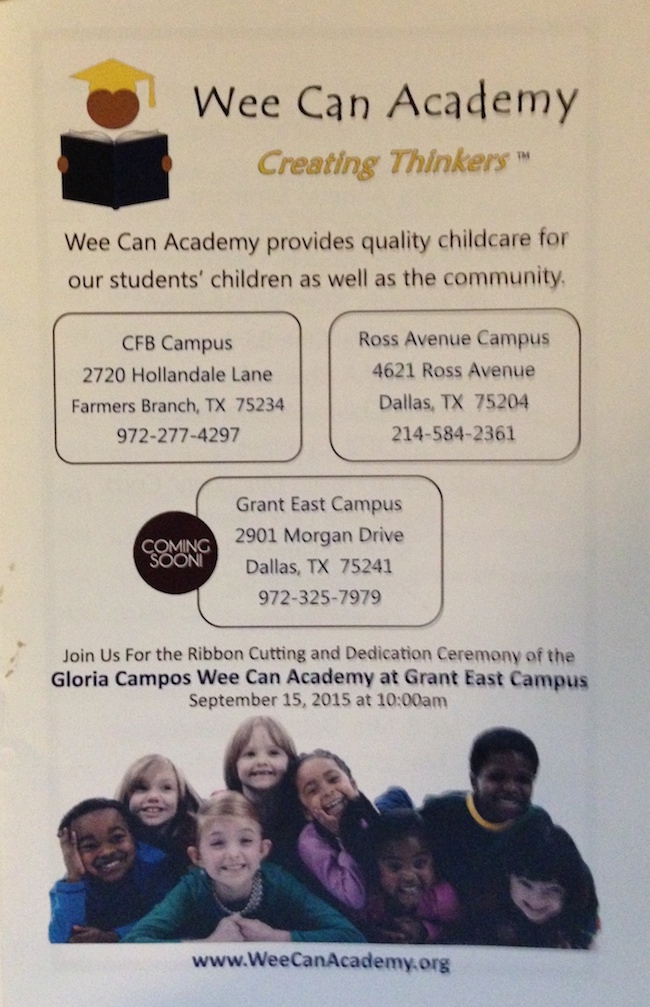 As an education advocate, in 2002, Gloria established and funded the Gloria Campos Endowed Scholarship in Mass Communication at her Alma Mater, Texas State San Marcos. The school began distributing scholarship awards in 2006, which have helped 10 students in completing or continuing their education.

Since Gloria retired in March of 2014, she says she has been “showered with awards & accolades. Awards from the Press Club of Dallas ‘Living Legend,’ the Texas Trailblazer Award from The Family Place (domestic violence shelter), The Alliance of Women in Media ‘Silver Award’ for career achievement, and from the International Student Foundation, the Community Impact Award, to name a few.”

She leving the anchor desk, Gloria is doing some voice over work, but says she has been mostly doing public speaking looking back at her 40-year career, 30 of which were at WFAA in Dallas.

“Now I imagine I’ll be spending as much time as I can with the little ones at the Gloria Campos Wee Can Academy,” she says. “I have high hopes for even the littlest thinkers.”